About the Assign A Highway Program 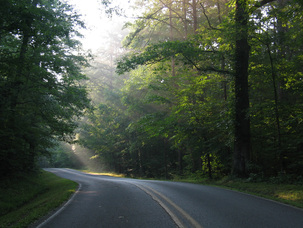 The Assign-A-Highway Program originated in Virginia’s Coalfields and was first fully implemented in Buchanan County in the far southwestern part of the state. Subsequently Dickenson, Russell, Wise, Lee, Tazewell and Giles counties have adopted the Program.

The Program is simple to implement and yields incredibly effective results.

Assign-A-Highway utilizes probationers who are assigned to pick up litter along certain sections of roads. The assignments are written into court documents as conditions of the probation.

The program differs from Adopt-A-Highway in which volunteers, such as members of civic groups, willingly volunteer to keep a two-mile section of highway clean. Probationers are picking up litter as part of their punishment.

Each county has numerous criminal defendants that are placed on probation. Circuit Court Judges have widespread discretion in determining terms and conditions for probationers as opposed to serving their sentences in jail.

The real beauty of the Program is that it requires no direct supervision. A probationer can pick up the litter anytime, day or night, as long as it is cleaned prior to the twice monthly inspections by the litter officer. The litter officer merely drives by the assigned segment of road and notes if it is cleaned or not. If the section has not been cleaned, the officer notifies the Probation Office that the probationer needs to clean the road. The Probation Office then warns the probationer about responsibilities of the court order.

The litter officer then goes back to that section of road in about a week and if it still isn’t cleaned, he issues a report directly to the Court with a copy sent to the probation officer. The Judges then addresses the probation violation with the probationer at the next probation docket call or, if that date is too far in the future, brings him or her in for review.

In Buchanan County, for instance, non-compliant defendants are either assigned to the “Hot Spot” Van where they have direct supervision or they are given a few weeks in jail to think about the violation. The “Hot Spot” Crew cleans illegal dump sites and unassigned sections of highways. This review and enforcement of the probation condition is very effective and, when done in front of the rest of the probationers, has a motivating impact.

The Judges in Buchanan and Dickenson counties allow no one to avoid the Program. If a probationer claims to be physically disabled, the court or probation officers usually know through personal knowledge if that person is being truthful. If the probationer is truly disabled, then the judge orders him or her to hire someone to clean the road for them and admonishes them that once it is initially cleaned the maintenance cleanups are not that time consuming. This “No Excuses” approach works. If a Judge starts to allow excuses, then the Program will not work.

The results in Buchanan, Dickenson and Russell counties are highly apparent as orange trash bags are visible on many roadsides. The counties have received many comments and compliments from its citizens, visitors, and officials from adjoining counties about the huge difference in the amount of roadside litter.

As an example of the potential workforce available through probationers, Buchanan has over 500 probationers, Dickenson and Russell counties have over 200 probationers each while Tazewell has over 1,000. These numbers represent a large, previously untapped source of motivated “litter gitters.” They are motivated by the thought of having their probation revoked if they fail to meet the terms and conditions imposed by the court.

Some probationers are motivated by wanting to redeem themselves in the eyes of the community. Surprisingly, in Buchanan County many probationers have asked for more roadways to clean and most have admonished their family and friends not to throw down litter. It is apparent that a certain educational incentive is going on at the grassroots level.

This Program has proven to be very successful in Southwest Virginia as probationers are keeping roadsides clean and making a visible difference in these communities. The Program can be implemented in your community with similar results.